On Tuesday 9th November 2021, UK industry leaders from 27 major businesses – all of the biggest UK grocery retailers (including Tesco, Asda, Sainsbury’s, Waitrose, Marks & Spencer and Iceland), some of the largest meat producers (including Avara Foods, 2 Sisters Food Group, Cranswick, Pilgrim’s UK), and food service companies and brands (such as Danone UK and Ireland, Nestle UK and Ireland, Nando’s, KFC UK and Ireland and McDonald’s UK and Ireland) united in signing the UK Soy Manifesto. This commits signatories to the following:

The Agricultural Industries Confederation (AIC), as representative of the UK livestock animal feed supply chain, supports the UK Soya Manifesto in its aim to accelerate the ongoing transition to sustainable soy production and consumption.

The UK livestock animal feed supply chain is also fully supportive of the principle, set out in the Manifesto, of working together across supply chains, including farmers in producing countries, to develop joined up, pragmatic implementation plans, building on existing industry activity and best practice. Whilst recognising that significant progress has been made, we agree that this type of coordinated action must be scaled-up to support global efforts in reaching net zero emissions globally, halting biodiversity loss, and providing sustainable livelihoods.

The UK livestock animal feed supply chain welcomes the commitment to integrate Manifesto commitments within direct supplier commercial contractual requirements, and support compliance. The feed industry and it’s suppliers have regularly called for clear and consistent demand signals from customers, in the UK as well as in the EU. These signals, combined with a commitment to support those demands within commercial contracts, will enable the industry to further facilitate the delivery of deforestation and conversion free soya.

The deforestation and conversion free soya supply schemes, independently benchmarked under the FEFAC soy sourcing guidelines, already exist in order to deliver the same goal as the Manifesto.

However, there is a need for further discussion and agreement, through the UK Roundtable on Responsible Soya and other European soya initiatives, on how these schemes are deployed and the methodologies and processes used. Any outcome will be in addition to the anticipated requirements of UK Due Diligence Legislation.

AIC reiterates its support for the Manifesto and commits to playing its part in helping to deliver the Manifesto aims. We remain convinced that collaboration between the market, Government and other stakeholders can ensure the protection of this vital global resource.

Full details on the UK Manifesto can be found at the following link:

The Manifesto | The UK Soy Manifesto 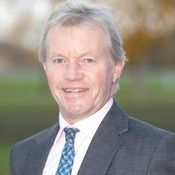 In March 2021, AIC met a panel of MPs who were leading on the Prime Minister’s Task Force on Innovation, Growth and Regulatory Reform (TIGRR). AIC presented on the subject of innovation in the animal feed sector, citing gene editing possibilities and regulatory easements in food waste and feed supplement products.

Trio of reports published on antibiotic use and AMR

AIC is closely involved with the UK Government initiative on insect biomass and is engaged in order to express the feed industry views.

A common means of measuring the sustainability of agricultural inputs, farming systems and supply chains is essential to reduce confusion and inertia and to create a level playing for all parties involved.