Click on the individual speakers name or photo for more information.

Parliamentary Under Secretary of State, Defra, 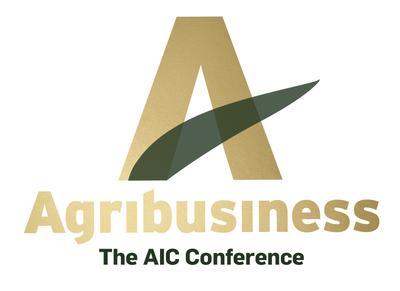 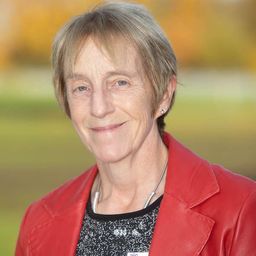 I graduated from Edinburgh University with a B.Sc. in animal nutrition and worked for a UK national feed compounder as a nutritionist for 4 years. In 1984 I joined a regional animal feed business in the North of England and have never changed company since but been demerged, merged and sold several times before finally becoming part of AB Agri ( part of ABF plc) in 2001. I have done a variety of roles within those 37 years including marketing, commodity purchasing, supply chain management, transport, commercial account management, nutrition, quality assurance, food safety and been based both in the UK and in China.  I  moved to a new role as AB Agri Director of Responsibility  last month.

I have participated in AIC for many years with involvement in several committees connected with the feed sector latterly chairing the Feed Executive committee.

Away from work, I live on a small upland farm in North Yorkshire and enjoy anything that enables me to  be outside in that environment. 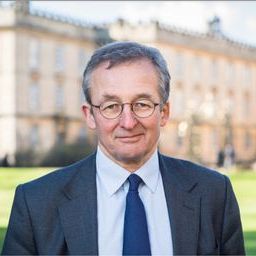 Sir Dieter Helm is Professor of Economic Policy at the University of Oxford and Fellow in Economics at New College, Oxford. He was Independent Chair of the Natural Capital Committee, providing advice to the government on the sustainable use of natural capital, until the end of the second term of the Committee in November 2020.  In the New Year 2021 Honours List, Dieter was awarded a knighthood for services to the environment, energy and utilities policy.

He has written many books, most recently Net Zero (September 2020, William Collins) in which he addresses the action we all need to take to tackle the climate emergency.

His other books include: Green & Prosperous Land  (2019, William Collins), Burn Out: The Endgame for Fossil Fuels  (2017), The Carbon Crunch: Revised and Updated (2015) and Natural Capital: Valuing the Planet  (2016), all published by Yale University Press.

Dieter is Chairman of Natural Capital Research, developing natural capital models and assessments for the better use of land, and Honorary Vice President of the Berkshire, Buckinghamshire and Oxfordshire Wildlife Trust.

Session 4 – The Challenge of Change for UK Agriculture - What will the Green Recovery bring? Wednesday @ 11:10 AM 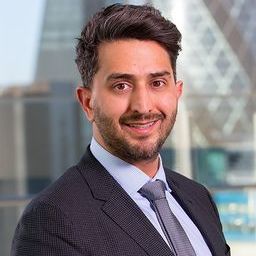 Robert Jappie is a Partner at Ince in London, specialising in Cannabis Law and Regulation. Since he led the UK’s first dedicated Cannabis Law department more than 3 years ago, Robert has become a well-respected legal expert within Europe’s fast-growing cannabis industries. With the legalisation of medicinal cannabis and CBD supplements rolling out across Europe, Robert has become the leading legal authority on the developing regulatory environment both here in the UK and in Europe.

Session 8 – Navigating the legal cannabis industry - will Hemp be the next challenger crop in the agricultural sector? Wednesday @ 1:05 PM 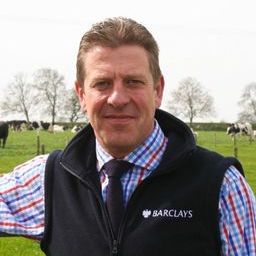 Oliver grew up on a family farm in Lancashire, after 3 years at Myerscough College he spent 10 years managing pig units throughout the north west, then spent 6 years as an independent Farm Business Advisor. In 2006 he joined Barclays as Senior Agricultural Manager for Cumbria and Scotland before being appointed National Agricultural Specialist in 2012. In his current role as Barclays’ National Agricultural Strategy Director, Oliver oversees Barclays’ agricultural strategy and positioning from an industry perspective. 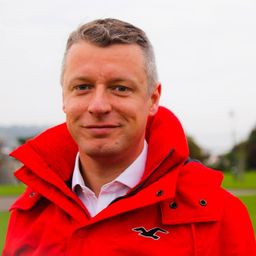 Luke Pollard was elected as the Labour and Co-operative Member of Parliament for Plymouth Sutton and Devonport in June 2017, and re-elected in 2019. Luke was born and lives in Plymouth and is the first MP to be born in Plymouth since Michael Foot represented the city in 1945.

Session 3 – Response to Managing the "Green Recovery" Wednesday @ 10:15 AM 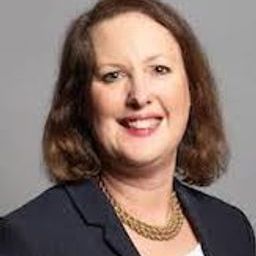 Parliamentary Under Secretary of State, Defra,

Victoria was born at the Horton General Hospital. She grew up on the mixed family farm in Aynho and has always lived locally.

She attended Royal Holloway, University of London and Downing College, Cambridge from where she has degrees English and Law. It was at Cambridge University that she met her future husband Sebastian.

In 1995 she qualified as a barrister. For seventeen years Victoria worked in the Civil Service as a lawyer, and until November 2014 was head of the Government’s Justice and Security team. This involved providing advice on the military, prisons and national security matters, and representing the Government in court.

Victoria founded the Oxford Hospital Trust’s Benefactors’ Board, which she chaired for over nine years. She has also been involved with a number of other local charities, including Leonard Cheshire, the Northamptonshire Parent Infant Partnership (NorPIP), and her parish church. She has acted as Churchwarden and has been deeply involved in several campaigns about local issues, particularly the fight to retain vital services at the Horton General Hospital.

Victoria loves living in the village of Somerton, right in the centre of the constituency, with her husband and two daughters. The family are active members of the village community and take part in, and host, many events, including May Day and an annual cider making festival.

Every year, Victoria organises the church nativity service, which includes donkeys, sheep, chickens, and, of course, a baby to play the part of Jesus! She is a passionate advocate of buying locally produced goods and has enjoyed raising pigs, sheep and cattle at home. The family are also partial to a pub lunch and can speak with knowledge on many pubs in the constituency.

Victoria was first elected in 2015. In Parliament, Victoria sat on the Justice Select Committee, and made regular appearances in the House of Commons. She helped organise two national campaigns – Singing for Syrians, raising money for charities working in Syria, and the Great British Spring Clean. She was also Vice-Chair of the All-Party Parliamentary Group on Baby Loss.

In 2020 Victoria was appointed Parliamentary Under Secretary of State at the Department for Environment and Rural Affairs (DEFRA).

As a passionate environmentalist and supporter of the rural economy, Victoria is delighted that the Prime Minister has offered her this opportunity.

“As a farmer’s daughter I am thrilled the Prime Minister has offered me the opportunity to join DEFRA. North Oxfordshire is a rural constituency and I know first-hand how important the rural economy is but also the challenges it faces. I am also passionate about the environment and tackling the threats it faces.”

Session 2 – Managing the “Green Recovery” for the Agri-food supply chain Wednesday @ 9:50 AM 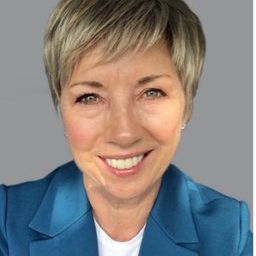 At Radio 1, Sybil presented Top of the Pops, the legendary Radio 1 Roadshow and co-hosted a programme from the Prince’s Trust Weekend at Caister, which was visited by HRH The Prince of Wales. On her BBC Radio 5 Afternoon Show, she covered politics, sport and the arts. She also hosted live shows from Lord’s, the Cheltenham Festival and the Atlanta Olympic Games. On the BAFTA and RTS award-winning C4 Cricket, she co-hosted the C4 Cricket Roadshow and travelled to Gallipoli with the Australian cricket team. She was a cricket columnist for the Daily Telegraph.

Sybil joined the Wolverhampton Express and Star straight from school as a junior reporter and worked on Independent Local Radio before joining the BBC.

Sybil and her husband Tom Knight, former Athletics Correspondent of the Daily Telegraph, live in Stow-on-the-Wold. They co-wrote the official book of the London 2012 Olympics & Paralympics.  In addition to her broadcasting work, she is a media consultant. Recent projects include the Archbishop of Canterbury’s visit to the Herefordshire Diocese, the installation of the SAS ‘Ascension’ window at Hereford Cathedral and Hereford Cathedral Choir’s visit to Rome, to sing at the Vatican and meet the Pope.

Sybil was recently appointed a Deputy Leiutenant for Gloucestershire and one of six new non-executive directors of Gloucestershire Cricket Board who will play a key role in developing the recreational game in the county. She is a member of the congregation of St Edward’s Church, Stow-on-the-Wold and the Moreton-in-Marsh and District Agricultural and Horse Show Society.  She is passionate about her allotment, golf, cricket, singing, horse racing and the countryside. 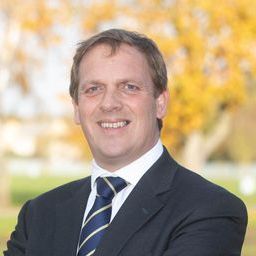 Robert Sheasby was appointed the Agricultural Industries Confederation (AIC) Chief Executive in May 2018.  In this role Robert has overall responsibility for all aspects of the AIC, across its political lobbying, member representation and the six trade assurance schemes it runs on behalf of the agricultural supply sector.  Robert joined the AIC after 17 years at the National Farmers’ Union (NFU) where he had held various roles, most recently as NFU Regional Director for East Anglia.  Prior to this Robert had been Regional Director in the North West and NFU Surveyor for England & Wales.

Robert studied at Seale Hayne Agricultural College and holds a degree in Rural Estate Management as well as being a member of the Royal Institution of Chartered Surveyors (RICS).  Prior to joining the NFU in 2001 Robert worked in the South West and the Thames Valley for firms of chartered surveyors as land agent and auctioneer.  Robert is also a member of the Agricultural Law Association (ALA).

Robert is experienced in agricultural political lobbying both at a national and European level.  He has been involved in the development of national policy with Government, shaped European policy, as well as worked with national infrastructure companies to develop framework agreements for national use.

In addition to his daytime role Robert is a Governor at Easton and Otley Agricultural College which covers Norfolk, Suffolk and beyond.  This role provides not only insight to the future of our industry but also enables him to contribute something in return to the industry.

In his personal life Robert is married to Anna and they have three daughters, Olivia, Matilda and Isabelle.  Away from work Robert enjoys rugby, cycling and mountain walking. 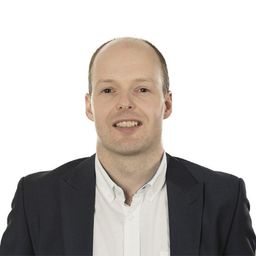 As Head of the AgriFood team, David leads a team of sector experts covering the full range of the AgriFood supply chain, from ‘farm to fork’, and has over 17 years of experience of driving AgriFood innovation in the UK. He holds a degree and PhD in Agriculture, and has extensive experience of livestock and aquaculture projects, and also the application of new technology (e.g. satellites, sensors, robotics etc) across agriculture and food production.

David works closely with UK Research and Innovation on delivery of ‘Transforming Food Production’, a £90m funding programme to help industry to meet the growing global demand for food and move towards net zero emissions by 2040.

Session 6 – Investing in an innovation agenda for the Agri-food sector as part of the UK Green Recovery Wednesday @ 12:00 PM 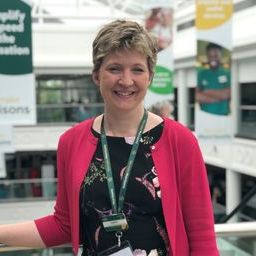 Sophie is Head of Agriculture, Fisheries and Sustainable Sourcing for Wm Morrison plc and has been with Morrisons since November 2017.

Sophie started her career on the graduate programme with ASDA, moving into Corporate Affairs and looking after farming, product and store themes after a year in store as a produce manager. She had a period of time at home on the family dairy and egg farm when her children were born, before joining Bishopton Veterinary Group in 2009 as their marketing manager. Whilst there, she set up the FarmSkills training programme with XLVets and working with veterinary colleagues developed and managed RAFT Solutions Ltd, delivering vet and farmer generated livestock research and training projects for the private and public sectors and running a significant number of Innovate UK projects. Sophie also helped set up the government funded agri-tech centre, CIEL (Centre of Innovation Excellence in Livestock), for whom she is still a non-executive director.

Through Morrisons, Sophie has been the BRC representative for the Red Tractor Poultry Board and is now a Main Board non-executive director for Associated Food Standards (Red Tractor). She is also part of the steering committee for the IGD generated FIIA (Food Industry Initiative for Antimicrobials).