Provides an assurance system to ensure that feed destined for UK livestock meets safety requirements defined by legislators and industry.

The Universal Feed Assurance Scheme (UFAS) was launched in 1998 and now accounts for well in excess of 95% of the commercially produced compound feed in the UK and Ireland. A merchants’ standard was added later to the scheme, and in total UFAS now has almost 1000 participating sites in the UK and Ireland.

UFAS is based on HACCP principles, a system originally pioneered by space agency NASA, but now forming the bedrock of UK and EU Food and Feed legislation.   The scheme is audited and certified by an independent certification body, in accordance with the internationally recognised standard ISO 17065. This means that the certification body is itself independently assessed every year to ensure that the standard is implemented and administered consistently and fairly. Partly as a result of this independence of inspection, local authorities now include participation in UFAS in their risk assessments of Feed businesses.

The scheme dovetails with the UK livestock assurance (Red Tractor Farm Assurance, Quality Meat Scotland) schemes which the major supermarkets make a requirement for the home-produced livestock products they buy. 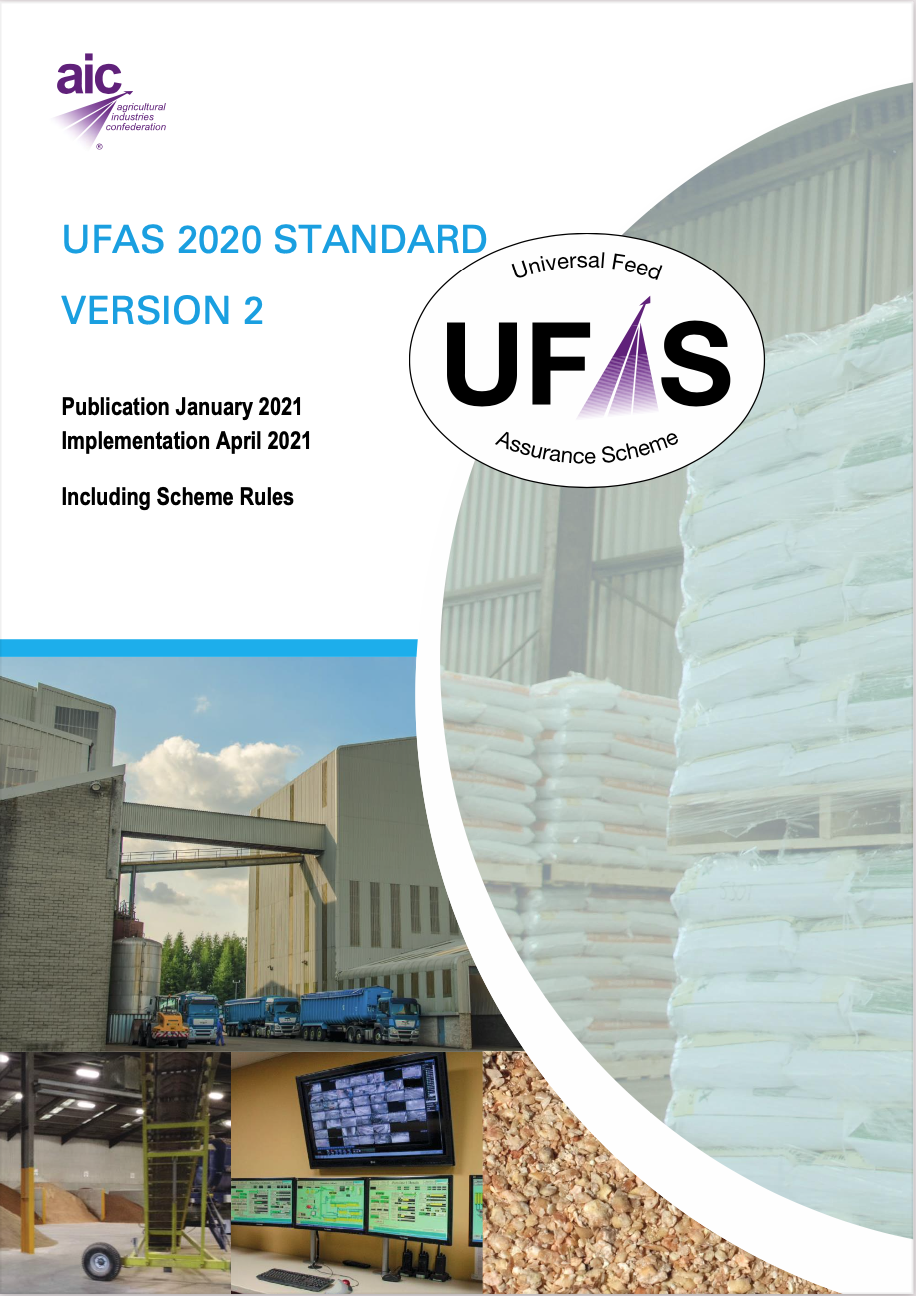 This portal is managed by Kiwa. If you have any issues logging in to this portal please either use the forgotten password links on the portal page or contact Kiwa directly.

How to use the Kiwa Participant Portal

Over the last few months the feed industry has continued to respond to the challenge of COVID-19, including the steep learning curve in implementing remote UFAS audits.

Hazard Analysis and Critical Control Points (HACCP) is a system that was devised to identify, evaluate and control hazards that are significant for food safety.

Summaries and links are provided to EU and UK legislation, guidance and codes of practice controlling the animal feed industry.

Companies involved in the transport and physical loading of dangerous goods are required to appoint a qualified Dangerous Goods Safety Adviser (DGSA). AIC have set up this DGSA register so that a company can make contact with one if they require.

Action has been agreed between AIC, the Veterinary Medicines Directorate (VMD) and veterinary profession to ensure that the vet is in control of the diagnosis of any disease in the animals under his/her care and the subsequent medication required. Thus, medicated feed is never delivered until the vet has issued the MFSp to the feed supplier and copied the farmer.

Code of Practice for the Control of Salmonella during the Production, Storage and Transport of Compound Feeds, Premixtures, Feed Materials and Feed Additives

Find out how to join UFAS

UFAS is certified by Acoura (Lloyds Register) on behalf of AIC. To apply and for further information on how to join and fees